Where: Online - join via your computer!

It’s important for new tax practitioners to understand their ongoing registration obligations. Join this webinar if you are a newly registered tax agent, BAS agent or tax (financial) adviser.

Greg is a tax adviser. He began his career as a graduate at KPMG, then moved to Ernst & Young, where he was promoted to the position of principal in the tax division. After returning to KPMG as a partner, Greg went on to become a consultant in tax at the law firm Minter Ellison. He has been a company director and chairman of various organisations, both public and private. He was Managing Director of specialist industrial fittings manufacturer Bayside Benders Pty Ltd, supplying the civil, electrical and telecommunications industries. He is a Committee Member of the Bellarine Bayside Committee of Management, and Executive Committee member of Blairgowrie Yacht Squadron. He is a consultant to private companies on a wide range of technical and strategic matters. Greg holds a Bachelor of Economics and a Masters in Taxation. 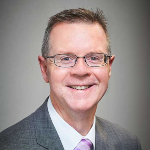